Wrapping Btcz in an ERC-20 token

Dear BitcoinZ Community, I think we should focus our forces on growing the value of the coin as it is falling to all-time lows.
I think the crypto market is focusing on decentralized finance (Defy) and we should do the same to gain ground. I am not a specialist on the subject (the truth is that I do not have technical knowledge) but we should try to create an ERC-20 token that wraps Btcz with a parity of 1 to 1, that is, that a btcz is equal to the created token (from the same way as ETH with Weth).
That way we could use decentralized exchanges (uniswap, balancer etc) at no cost and we would have a greater volume in addition to making ourselves known to a greater number of people. Another advantage is that we would not change the current algorithm but we would gain more atomic swaps.
I await comments and people who are specialists to comment and comment.
Regards.

I dont think we can do it this. Also the value 1:1 how is possible block? If the btcz in erc-20 have many trades will be more expensive becouse you can change whit other coins. Your btcz now you can sell only in crex24 at the moment at 0.000000005 and if nobody want buy the price can not go up. So I don’t think that another coin can help the price of this btcz coin. But happy that somebody understand the real situation that we have it.

Fox, I think you really misunderstood @matiman . He has a point. Try no to focus on the current value of BTCZ to sat. The reason people aren’t investing into BTCZ nowadays is because there is so much new stuff out, like DeFi. If BTCZ had a wBTCZ, that would be one more way it can be swapped and without KYC.

I made a similar proposal previously and a wBTCZ token has been in the talk.

How do we get it developed, who’s going to develop it and everything that goes along with making it happen is what we could focus some of our time on instead of turning down ideas.

We have too much invested in a 3 year old block chain which isn’t up to date as the code it was forked from. I don’t know much about those details either. But one thing I do know is the developers that we do have, I’m thankful for. We need more devs with the same amount of energy as our core devs have. Then we would be getting somewhere. Lets face it, we have 1000x supply of our predecessor BTC and we have a privacy address which is good. Now we need to work on being integrated with other blockchains so we can keep up with our competition. Having a wBTCZ is only another option for usability.

We’ve had quite a few good things within our community, such as TextZ, KioskZ, MinecraftZ and maybe some others which were great, but needed developing and development ceased.

In my opinion, and I’m speaking solely from my own beliefs and nothing more, we need to drive to reach out to as many people as possible if we want to keep up with this ever-evolving scene.

As far as having a wrapped BTCZ, we could use it for staking rewards, not from new blocks, but something similar to how we can stake BTCZ in Vidulum wallet and we’re rewarded every day. Where ever those funds come from, we could replicate this on ETH blockchain as a way to persuade users to hold instead of dump. Users funds could be staked together and held over a period of time earning interest while growing in market cap if miners aren’t dumping at low price.

-Just something to think about. There are a lot of possibilities that could be good or bad, but we’ll never know until we try.

I totally agree @Nucashmining !!!. Today there are tokens such as wbtc (Btc stablecoin) that came to light to access the benefits of Defi. I think it would be a good thing to do something similar with WBtcz and that way we would access a decentralized ecosystem with a lot of potential.

How can we find funds for this project…

The developer members should first give their opinion on what they think. I have no technical knowledge but I see that several currencies including BTC have done it with WBTC, so I think it would be possible for us. Once they have an opinion and if they agree, a vote should be opened to use part of the Vaultz funds

gd day to all

After going through my TeleGram sorting through unwanted channels, I came across DeFi Raccoons channel, which I vaguely even remember joining or where I found their link. It must have been a long night that night…

But tonight, I started chatting with some of the users in the channel and told them what we want to do with BTCZ and wrapping it to trade on a DEX.

He done some very helpful research and said that these are our guys at RenVM. I will contact them about working with BTCZ. 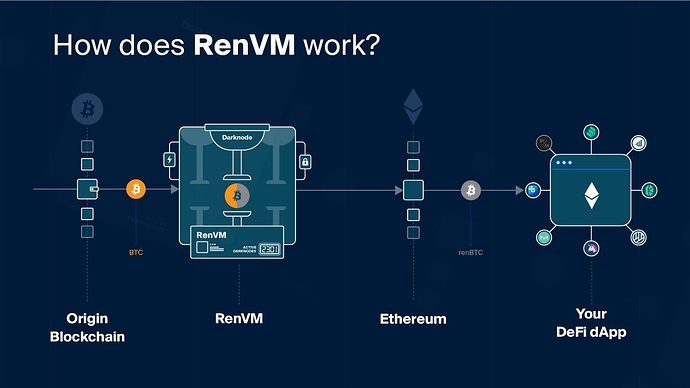 What exactly is RenVM? And, how does it achieve interoperability without centralisation or trust? This blog post dives into RenVM in a…

Have a good sunday

The same to you

Here is a link to my post on their forum about this topic: 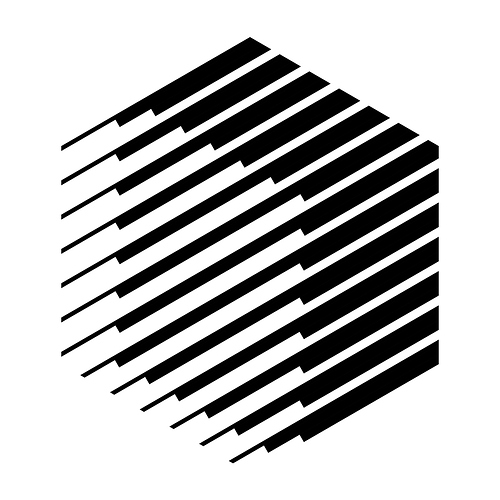 I’m NuCash, part of the BitcoinZ ecosystem. We have had a proposal in our community about getting a wrapped version of BTCZ to trade on DEXs. Here’s a link to the forum proposal within our community: We are in search of some devs who can help us...

Any opinion on the subject?

I have as referred here by someone on the Renproject forum https://medium.com/renproject/the-multichain-53e5f925ac2e and the github with instructions on how to setup multichain https://github.com/renproject/multichain

I have a serious learning disability when it comes to all these lines of code. I honestly don’t know what I’m looking at or what to edit for that matter

I’m sorry the community is totally ignoring this proposal. I don’t know if it can work and I don’t know if it’s technically possible but I’m glad you’re thinking something different and that could work. I don’t know a lot about this things but I think the dex is the future. So I’d be with you.

It could and will work if someone with the skills picks up on it. Wrapping BitcoinZ using RenProject would be easy for someone who knows what they’re doing. I’ve provided links. I just don’t comprehend the material associated. If you can find a developer willing, this would be an easy task.

wrapped.com has managed to wrap zcash in a token and they can use the benefits of decentralized exchanges. I think we shouldn’t let time go by. The page you place is dedicated to wrapping crypto.

Hi there if people a choosing a solution take a look about elrond and their ESDT (erc20 like) low fees, more scalable, fastest transactions …

I would be willing to wrap btcz for this community. I would be willing to take 90% of the labor in btcz. Unfortunately there will be a high gas cost for creating this specifically for coin (currently fluctuating and would be able to give a better estimate closer to completion on how much the community in GAS would need to be spent in Eth so that airdrop, and minting and liquidity will all operate as functioned). I’d be willing to discuss this further in discord. Bringing btcz to the defi community and listing on multiple dex liquidity pools with a wrapped version of your crypto would unlock serious financial freedom for this community. Unfortunately the saying goes, gotta crack a few eggs to make an omelette. I’d also be willing to spend 15% of the total GAS cost on the Eth network to get the wrapped token online, airdropped and minting.

that’s the attitude!!! I hope most of you think the same !!